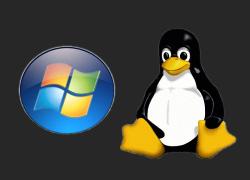 The webcam has now been fitted on it’s external pole, the system has been weather proofed and should be resisting to most of the Scottish weather.

Here are the final pictures of the rig: Now that my DIY webcam project is nearing to completion, I am planning to work on some (old) new one. Back in 1985 I build a Hi-Fi Power amplifier, I still have the blue prints and I am keen to rebuild it. These days, with MP3 gizmos, music kind of lost it’s spark, It’s amazing how much presence is felt when you play a good old Vinyl, no wonder it’s coming back into fashion!

My Webcam system is finally finished, I have  waterproofed the system and it is now located outside above the stable building, allowing a full 370o Pan and 190o Tilt!

Here is the Gallery pages showing snaps with 5 minutes intervals. This setup has been sourced from Mitch Fournier’s Blog and rewritten in Perl executed by a 5 minutes Cron.

The rig is entirely DIY made with wood, screws,13 switches, cables, 2 electric motors, 4 servos, an Arduino Uno connected to a PC via USB loaded with a Python script from principialabs.com, The camera controls can be manually overridden. The camera itself was bought on Ebay as “spare repair (the tape does not load)” connected to an Analog TV card, finally, the web streaming is handled by a piece of Software called Palantir. The whole hardware/software is Open Source. Any Camcorder can be used as the bracket is able to hold any moderately light camera hardware.

The Pan Tilt Kit is controllable via a web page via buttons (see flash animation above) and Ajax Dynamic Content. The web cam has two Zoom speeds and currently one speed Pan and Tilt, however it is capable of two speeds, still to write code to enable that.

Here are a few shots of the kit. Bear in mind this is a DIY job with cheap hardware!

Here are two short Videos showing the rig in action: